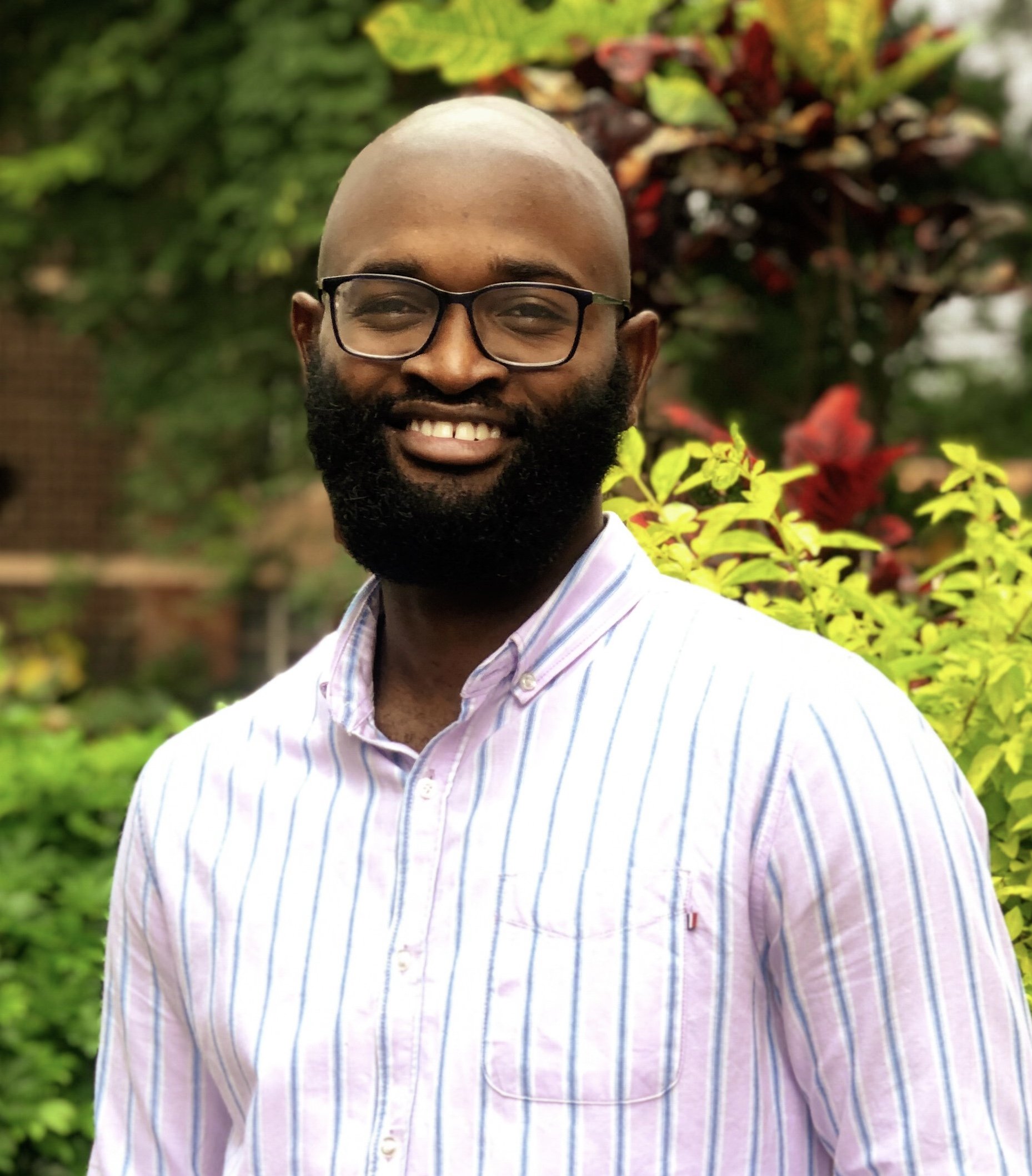 Michael Omoge is an assistant professor at the University of Alberta. He is interested in questions about perception, imagination, and modal epistemology. A post by Michael OmogeIn his insightful review of the volume, Epistemic Uses of Imagination (2021), edited by Christopher Badura and Amy Kind, Tom Schoonen (2022) raised a problem for the view I defended in the volume. I’ll quote him at length: Another issue with respect to the justification use of imagination is that it is not often explicitly considered whether it is really the imagination that is doing the epistemic heavily lifting, or whether it is something else that does […] We also see this in the contribution of Omoge. He extends Nichols and Stich’s notion of scripts to, what he calls, modalizing scripts. ‘For example, to imagine whether zombies are possible, the relevant modalizing script (call it, a zombie script) is that which details how thoughts involving “consciousness” typically unfold’ (p. 84). However, as Langland-Hassan (2012) points out, merely suggesting that there is a mechanism that fills in the details and labelling it ‘scripts’, ‘does little more than provide space for an explanation to come’ (p. 162, emphasis added). This is especially problematic for Omoge’s project of presenting an imagination-based epistemology of modality, for it is the scripts, which consist of theoretical knowledge, that are doing all the epistemological work, not the imagination (Schoonen 2022: 3, original italics).For a bit of context, let’s begin with what scripts are. Scripts have a long history in cognitive psychology... -

I ¶ There are two paths to Shangri La. One goes by the sea, the other by the mountains. You are on the mountain path and about to enter Shangri La. You can choose how your belief state will change as you enter through the gate, in response to whatever evidence you may receive. At the moment, you are (rationally) confident that you have travelled by the mountains. You know that you will not receive any surprising new evidence as you step through the gate. You want to maximize the expected accuracy of your future belief state – at least with respect to the path you took. How should you plan to change your credence in the hypothesis that you have travelled by the mountains?... -

Kierkegaard and MacDonald on Genuine Community

I recently discovered a thinker whose views are very similar to Kierkegaard’s and that has given me an opportunity to share once again my thoughts on Kierkegaard’s views on the nature of genuine community. Kierkegaard famously disparages what he refers to as “the crowd” and its “leveling” tendencies, but... -

Welcome to our discussion of Hayden Wilkinson’s “Market Harms and Market Benefits”! Kian Mintz-Woo has graciously provided a critical précis, which appears below. Hayden will offer an initial comment, and then all are encouraged to join in the discussion. * * * ¶ Some philosophers have influentially attempted to guide... -

All Posts in Metaphysics Michael Omoge is an assistant professor at the University of Alberta. He is interested in questions about perception, imagination, and modal epistemology. A post by Michael OmogeIn his insightful review of the volume, Epistemic Uses of Imagination (2021), edited by Christopher Badura and Amy Kind, Tom Schoonen (2022) raised a problem for the view I defended in the volume. I’ll quote him at length: Another issue with respect to the justification use of imagination is... The Junkyard -

Kierkegaard and MacDonald on Genuine Community Welcome to our discussion of Hayden Wilkinson’s “Market Harms and Market Benefits”! Kian Mintz-Woo has graciously provided a critical précis, which appears below. Hayden will offer an initial comment, and then all are encouraged to join in the discussion. * * * Some philosophers have influentially attempted to guide choices in charitable giving so as to increase (or even maximize) the impartial benefit of that giving. In short, if we choose to give in ways that... PEA Soup - HERE. I largely agree with this piece. In intellectual life we spend a lot of time dumping on narrow-minded, Über-patriotic, provincial and uneducated aggressors. I do it too, yielding to no one in my contempt for the cheaply anti-intellectual cult of racist and pseudo-masculine bullies that makes up a large part of support for Trump in this country. In my view they are a plague on us all, and still pose a grave danger. That... Object Oriented Philosophy -

Physicalism and the progress of science

People sometimes use the progress of science to argue for physicalism about the mind. But it seems to me that Dostoevskii made more progress in understanding the human mind by existential reflection than anybody has by studying the brain directly. More generally, if we want to understand human minds, we should turn to literature and the spiritual masters rather than to neuroscience. Thus, any argument for physicalism about the mind from the progress of science... Alexander Pruss -

[Revised entry by Kurt Mueller-Vollmer and Markus Messling on May 24, 2022. Changes to: Bibliography] Wilhelm (Friedrich Wilhelm Christian Karl Ferdinand) von Humboldt, German man of letters extraordinary, close friend of the poets Goethe and Schiller, whose life's work encompasses the areas of philosophy, literature, linguistics, anthropology, education, and political thought as well statesmanship was born in Potsdam on June 22, 1767 and died at Tegel near Berlin on April 8, 1835. Although there has... Stanford Encyclopedia of Philosophy -

I have taught countlessly many works of philosophy, politics, sociology, economics, history, literature, and Afro-American studies since I earned my doctorate 65 years ago, but in that long time I have only engaged deeply, seriously, in a sustained fashion with four works: David Hume’s A Treatise of Human Nature, Immanuel Kant’s Critique of Pure Reason, Kant’s Groundwork of the Metaphysics of Morals, and Karl Marx’s Capital. As I have explained in some of my YouTube... The Philosopher’s Stone -

I'm trying to thin the herd of old computers at home. I realized that the only real reason I had a 20-year-old Linux box at home was if I ever wanted to use a 3.5" drive in it to deal with floppies for various systems, especially my HP 1653B oscilloscope (I could get a USB floppy drive for one of the laptops at home, but they aren't usually compatible with non-DOS disk formats). Moreover, the 3.5"... Alexander Pruss -

“Philosophers, including myself, have for decades been too credulous about science, being misled by scientists’ marketing and ignoring the unavoidable uncertainties that affect the scientific process…” The following is a guest post* by Edouard Machery, Distinguished Professor in the Department of History and Philosophy of Science at the University of Pittsburgh and Director of the university’s Center for Philosophy of Science. It is the first in a series of weekly guest posts by different authors... Daily Nous -

Techno-Optimism: An Analysis, An Evaluation and A Modest Defence Here's a new paper. This one was a bit of a labour of love. It is an analysis of what it means to be a techno-optimist and how one might defend a techno-optimistic stance. It is due out in Philosophy and Technology. I'll post the official version when it is available. For now, I've posted links to the final prepublication draft. Title: Techno-optimism: an analysis, an evaluation and a modest defenceLinks: Official; Philpapers; ResearchgateAbstract: What... Philosophical Disquisitions - It used to be said that the bad things that were happening in the world were due to its being on the cusp of the Kali Yuga. The Kali Yuga is the iron age of mechanism, materialism and lack of religion and dharma generally. I think we have a long way to go before a cusp is reached. Prof. Chantal Delsol concurs. Her central point in this essay and youtube talk is that Christendom has... Ombhurbhuva - Technology has advanced in every aspect of life, including industries and the gaming industry has not been left out as seen in sports news online. Gaming apps can now be accessed by players easily and at a lesser cost, all thanks to technological advancement! Here are some awesome advancements in gaming technology. Development Tools With the advent of new tools, development has become easier and more accessible. The first advancement was the advent of 3D... Certain Doubts - This post contains a translation of the second half of the « missing » paragraph of RHIZOME (first published in 1976 as a separate book). For the French text see below. TRANSLATION It is curious how the objections people make are retardants. When you are trying to swim in a river people attach balls and chains to your ankles: have you thought of this? what do you make of that? are you really coherent? don’t... Agent Swarm - In today's post I interview Åsa Wikforss about her Knowledge Resistance programme. Åsa is a professor of theoretical philosophy at Stockholm University, whose research sits at the intersection of philosophy of mind, language and epistemology. Åsa WikforssKathleen Murphy-Hollies: Hi Åsa. First of all, could you talk a little bit about what the knowledge resistance project is about and what kind of key questions it addresses? Åsa Wikforss: So it's a large cross disciplinary program with about... Imperfect Cognitions -

The hollow universe of modern physics To say that the material world alone exists is not terribly informative unless we have some account of what matter is.  Those who are most tempted to materialism are also inclined to answer that matter is whatever physics says it is.  The trouble with that is that physics tells us less than meets the eye about the nature of matter.  As Poincaré, Duhem, Russell, Eddington, and other late nineteenth- and early twentieth-century philosophers and scientists... Edward Feser -

[Revised entry by Catalin Partenie on May 24, 2022. Changes to: Main text, Bibliography] What the ancient Greeks - at least in the archaic phase of their civilization - called muthos was quite different from what we and the media nowadays call "myth". For them a muthos was a true story, a story that unveils the true origin of the world and human beings. For us a myth is something to be "debunked": a widespread,... Stanford Encyclopedia of Philosophy -

A senior moment is a momentary mental lapse of the sort that people in my age bracket experience all too often. Forgetting where one put the car keys, blanking on the name of someone one has known for years, that sort of thing. It may be, but need not be, a distressing evidence of the onset of dementia. A charming cinematic example is Eli Wallach, in Holiday, who goes out for a walk, forgets where... The Philosopher’s Stone -

How to become a dictator Everyone should read the newest book by the French neuropsychiatrist Boris Cyrulnik. Recently, I saw an interview on the French TV in which Cyrulnik talked about his book and although I had something else to do, I couldn’t stop watching till the program had ended. The book is basically about inner freedom and voluntary servitude. This duality and the way you develop into one direction or the other makes that the book is about how... Philosophy by the Way -

A Few Points of Philosophical Interest Learned by Watching Our Cats: Part II If cats are conscious but not self-conscious—that is, if they do not split experience in two and constitute an inner self which stands at one remove from all other perceptions—they show us how much we overestimate the importance of self-awareness and subjectivity. They are extraordinarily varied in personality and habits; Leo and Oliver are littermates and have never been apart. Yet their preferences are as different as their markings, and though both are very affectionate... The Philosophical Salon -