»The Practical Ontologist« is a compendium of online philosophical production. Every few hours it automatically aggregates, analyzes, and updates.

Archive from 2 Aug 2017. Click here to load the latest news.

How Will You Try To Improve Your Teaching? Hello, fellow academics, it’s August 1st, the date that indicates the summer is, sadly, soon over. Amidst the scramble to meet deadlines and knock items off of that to-do list, it’s also time to make sure you’re prepared for your teaching.  ¶ I thought it might be helpful if readers shared their plans for how they’ll be changing things up in their classrooms. Any new teaching techniques you’re trying out? Any interesting new material or topics? Any pedagogical problems you’re looking to overcome? ¶ Here are a few previous teaching-related posts that might be useful as you go about finishing up that syllabi: The Student Recap Philosophy Teaching Games Small Changes to Class Meetings Argument Mapping In-Class Poster Sessions A Very Detailed Paper-Grading Rubric Be a Skillful and Respectful but not Overly Cautious Teacher (it’s unlikely you’ll get in trouble with the administration or get protests from students) Emphasize Imagination Use Content Warnings (or at least warn them that you won’t)...

A journalist uses statistics to uncover authors' 'cinnamon words': Julia Franz at PRI: “Nabokov’s Favorite Word is Mauve: What the Numbers Reveal About the Classics, Bestsellers, and Our Own Writing,” is a statistical analysis of famous book ...
meta pro 3 Quarks Daily -

We assume that microbes evolved to attack humans when actually we are just civilian casualties in a much older war: Ed Yong in Aeon: The classic novel by H G Wells, The War of the Worlds (1898) – a tale of England besieged by Martian conquer ...
meta sci trad 3 Quarks Daily - The Favorites, the Faked, the Overrated, the Overused, Etc.
meta Daily Nous -

"CURIOSER AND CURIOSER," CRIED ALICE: Those of you obsessed, as I am, with the Trump disaster will have read the new Washington Post story leaked from unnamed sources that Trump, on the plane back from Europe, personally dictated the false c ...
pro The Philosopher’s Stone -

Plato: [Revised entry by Richard Kraut on August 1, 2017. Changes to: Bibliography] Plato (429? - 347 B.C.E.) is, by any reckoning, one of the most dazzling writers in the Western literary tradition and one of the most penetrating, wide-ran ...
pro trad Stanford Encyclopedia of Philosophy -

How Will You Try To Improve Your Teaching?
pro Daily Nous - 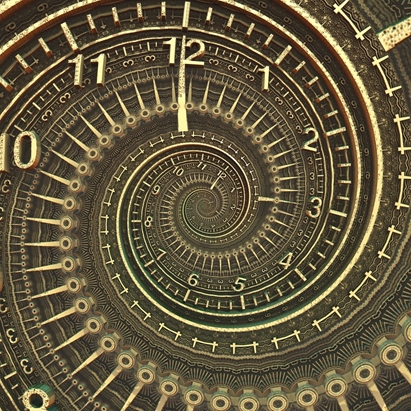 DIALOGUE UNBOUND: on the value of repeating oneself obsessively about the same old things: When I say that dialogue is avoided by some academics as it would be too traumatic for them, and that their careers are based on refusing, controlling, ...
meta trad Agent Swarm -

Douglas Groothuis on “What Norms or Values Define Excellent Philosophy of Religion?”

Douglas Groothuis is Professor of Philosophy at Denver Seminary. We invited him to answer the question “What norms or values define excellent philosophy of religion?” as part of our “Philosophers of Religion on Philosophy of Religion” series. By philosophy of religion I mean the intellectual discipline of critically evaluating religious truth claims, whether individual propositions or propositional systems (or worldviews). This discipline may be self-standing, as in a philosophy of religion course at a college or university, or it may involve bringing religious assertions to bear on other disciplines, such as political theory, aesthetics, or psychology. For example, a lecture, class, or academic paper might engage how Judaism has shaped Western liberal traditions concerning religious liberty and property. Let me illustrate this from an undergraduate class I taught at a secular university. In addressing questions of meaning and morality, I offered a theistic perspective by way of a... Read More ›

Thoreau's Faith in a Seed: Guy Davenport at The New Criterion: What “The Dispersion of Seeds” establishes is that Thoreau was inventing the study we now call ecology—how nature keeps house. In France at the same time that Thoreau was plottin ...
meta sci trad 3 Quarks Daily -

"A sympathy for the brokenness of humans": The mythic, grotesque work of Sam Shepard: Kate Maltby in New Statesman: In a 1984 interview with American Theatre magazine, the playwright and actor Sam Shepard pondered human knowability. “I feel ...
meta pro trad 3 Quarks Daily -

How to Build Resilience in Midlife: Tara Parker-Pope in The New York Times: Much of the scientific research on resilience — our ability to bounce back from adversity — has focused on how to build resilience in children. But what about the gr ...
pro trad 3 Quarks Daily -

The Enlightenment Question: by Holly A. Case Centrál Kávéház, Budapest, c. 1910 I was sitting with my friend Robi at the Café Central in Budapest when the subject turned to religion and the Enlightenment, namely about the separa ...
meta trad 3 Quarks Daily -

APA Good Practices Guide Public Discussion Series, Part 5: Implicit bias: by Amy Ferrer This post is part of a series of posts soliciting public comment on the APA’s new Good Practices Guide. In the first post in this series, I provided some ...
pro Blog of the APA - A RESPONSE TO TWO COMMENTS: Two people posted comments about my bitter sweet reminiscences of a time when it seemed that Marx’s approach to an understanding of capitalism might be staging a comeback. The first is someone who uses as his or h...
pro trad The Philosopher’s Stone -

The Wine Spectator Model of Philosophy Publication: It is radical but my idea is that one submits to ranking houses (which could remain the existing journals). Every paper submitted will be published online and ranked. You may submit a paper ...
pro PEA Soup -

Book Club: The Edge of Reason 8, scientific morality: Here we come to the eighth installment of my running discussion about Julian Baggini’s excellent book on the nature of rationality, The Edge of Reason: A Rational Skeptic in an Irrational ...
meta sci Footnotes to Plato -

Issue 57: Knowing Others and Knowing Our Selves
meta trad IAI.tv -

Spotting the killers on our streets
meta pro trad IAI.tv -